Lucart inaugurates the plant in Nyergesújfalu 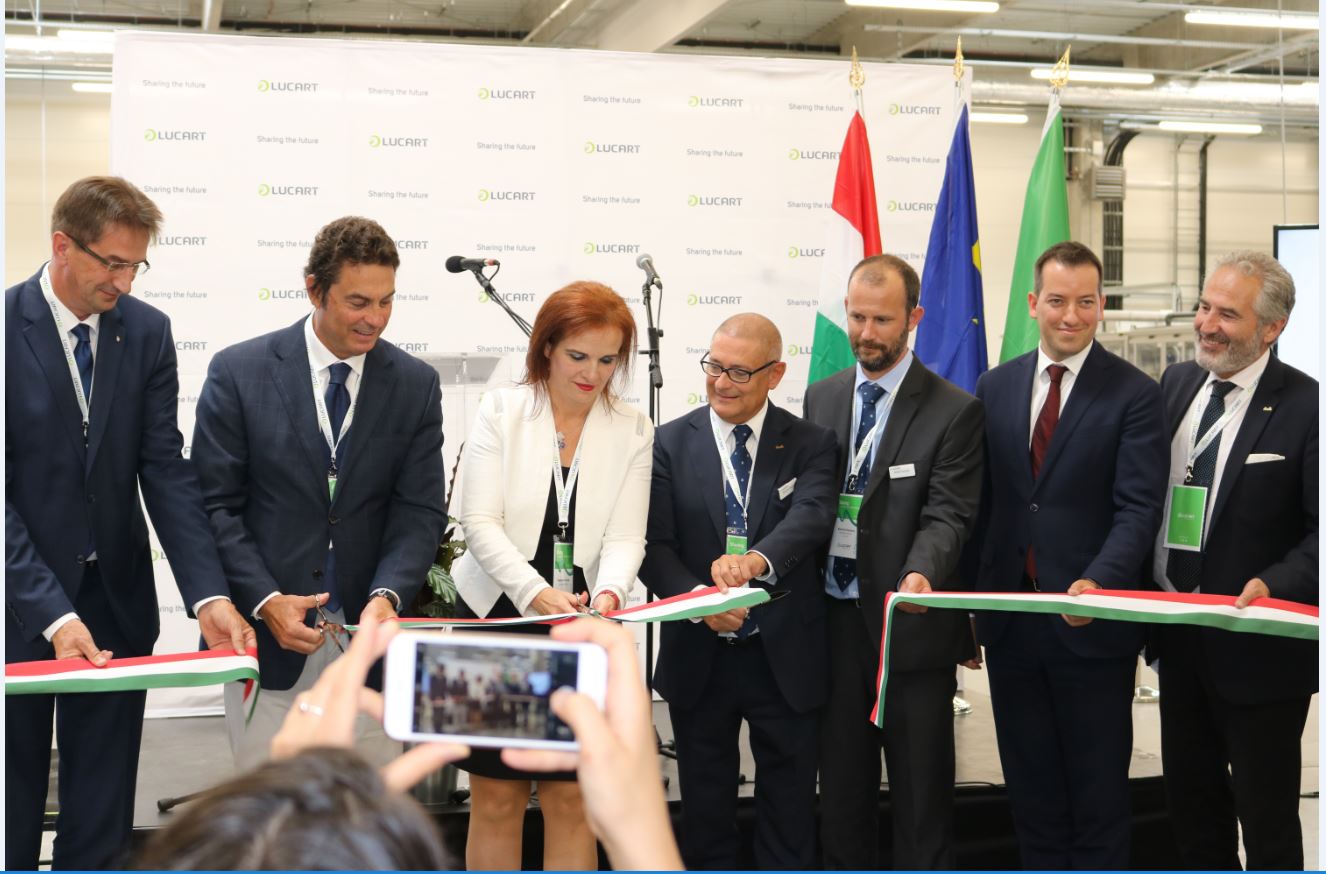 The Lucart plant in Nyergesújfalu, Hungary, was opened in the presence of a large audience on 19th September. Attending the event together with the Lucart workers were Italian Ambassador to Hungary, Massimo Rustico, the Secretary of State in Hungary, Pál Völner and the Mayor of Nyergesújfalu, Magdolna Mihelik.
The new plant, with an investment of over 19 million euros, will give a strong boost to the economic development of the area by serving the CEE market across Europe.

After acquiring Bokk Paper Kft. in 2016 and renaming it Lucart Kft., the Group worked on integrating the new Hungarian branch into the Lucart sales and marketing strategy. Shortly afterwards, Lucart acquired an area in Nyergesújfalu, which covers an area of over 50,000 square metres, in which the company has just completed a new converting plant of about 12,000 square metres. The new industrial area and buildings were built by the Hungarian company Kész in a record time of just eight months. The plant, with a total investment of over 19 million euros, is dedicated to converting jumbo rolls from Lucart mills in Italy and France and local producers into finished products such as toilet paper, industrialwipers, medical sheets and handtowels for the Away fromHome and Consumer markets.