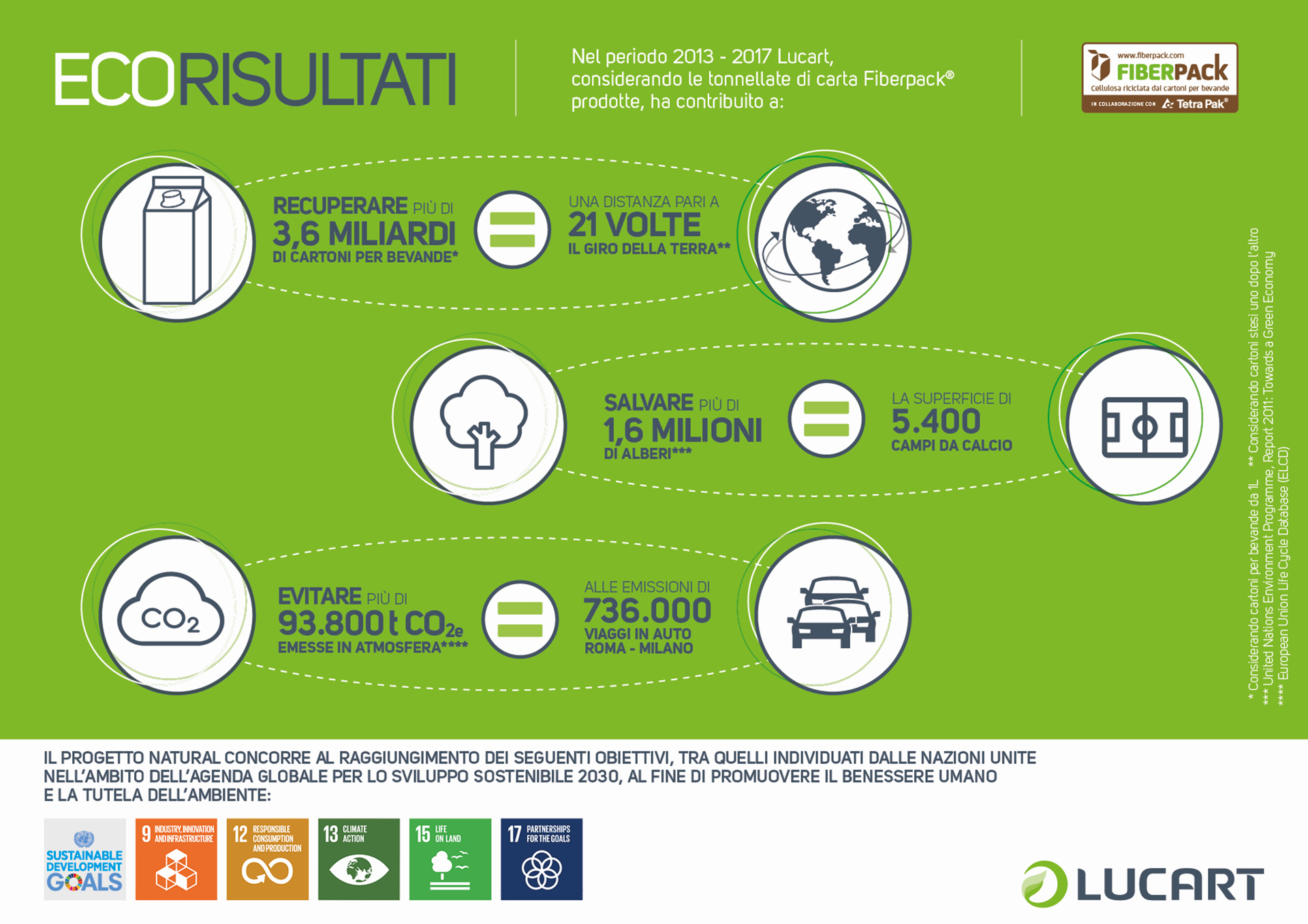 Can industry meet the sustainability challenge by taking nature as an example? Apparently so. This is demonstrated by the Tuscan multinational Lucart which, starting from the observation of nature, has succeeded - in collaboration with Tetra Pak® - in reproducing a virtuous system at the industrial level, in which what is waste for one production or consumption cycle becomes a new raw material for other production cycles, creating economic, social and environmental value. It is no coincidence that this ambitious project launched in 2010 was named "Natural".

"The first step was to share an identical vision of the future with the multinational Tetra Pak®, , the world's leading beverage carton maker", said Massimo Pasquini, CEO of Lucart."We exchanged information and expertise and established new common relationships with others, which helped us to recover and recycle all the materials that make up beverage cartons. Today we can talk about real success. We have managed to create a development model perfectly compatible with the guidelines of the circular economy, starting from the recycling of waste and arriving at it full transformation into second raw materials, new ecological products ready to be reused and placed on the market", concluded Pasquini. "And of this we are very proud".

From beverage cartons, almost three quarters of which are made of FSC® certified cellulose fibres and one quarter of which are made of polyethylene and aluminium, useful for food preservation and protection, once they are sent for recovery by waste sorting and selected from the platforms, Lucart obtains two new raw materials called Fiberpack® and Al.Pe.®.

The first is the innovative material which Lucart makes paper products with of various kinds (toilet paper, napkins, handkerchiefs and kitchen towels), all EU Ecolabel certified and distributed through the Lucart Professional EcoNatural and Grazie Natural brands. The second is a material that is reused by manufacturing industries for many uses, from construction to street furniture, from pallets for transporting goods to nautical mooring poles in Venice. There is more. Lucart uses Al.Pe.® also for the production of dispensers for toilet paper and handtowels in public bathrooms and for making pallets for the transport of the company's goods.

The project has brought important results. More in detail, we have recovered more than 3.6 billion Tetra Pak® beverage cartons, which lined up one after the other would go around the Earth 21 times, saved more than 1.6 million trees (equal to an area of more than 5,400 football pitches) and saved more than 93,800 tonnes of CO2 equivalent to the emissions produced by 736,000 car journeys from Rome to Milan.

“With 4.7 billion packs placed on the Italian market, it is part of the company's social responsibility to take care of the end of life of our products," declared Michele Mastrobuono, Director of Environment and External Relations at Tetra Pak Italia. "The paper used in our containers is made of high-quality cellulose fibres, a second raw material with excellent chemical and physical characteristics. But not only does cellulose have a second life, the Natural project shows that the other components of the packaging are also recoverable, through processes and technologies already present in Italy”.

The Natural project contributes to the achievement of sustainable development goals, identified by the United Nations as part of the Global Agenda for Sustainable Development 2030 to promote human well-being and protect the environment. There are 17 objectives set out in the SDG (Sustainable Development Goals) Agenda 2030 and all countries must contribute to achieving the objectives according to their capacities. The project initiated by Lucart and Tetra Pak® has an important role in achieving five of these, namely Industry, Innovation and Infrastructure, Responsible Consumption and Production, Climate Action, Life on Land and Partnership for the Goals.

The Natural project was named "Best in Class" at the 14th edition of the "Sodalitas Social Award 2016", the most prestigious for corporate sustainability in Italy. The same year, the company also won the "Non Sprecare" prize in the "Companies" category for its approach to circular economy and consumption in an innovative and sustainable perspective. In 2017, the company won the EU Ecolabel Award for the most environmentally innovative products and was the runner-up at the European Paper Recycling Awards in the R&D category.
Corporate, Partnership, Environment
Next News

Lucart inaugurates the plant in Nyergesújfalu