World Earth Day, the bad habits we must drop now to learn from past mistakes 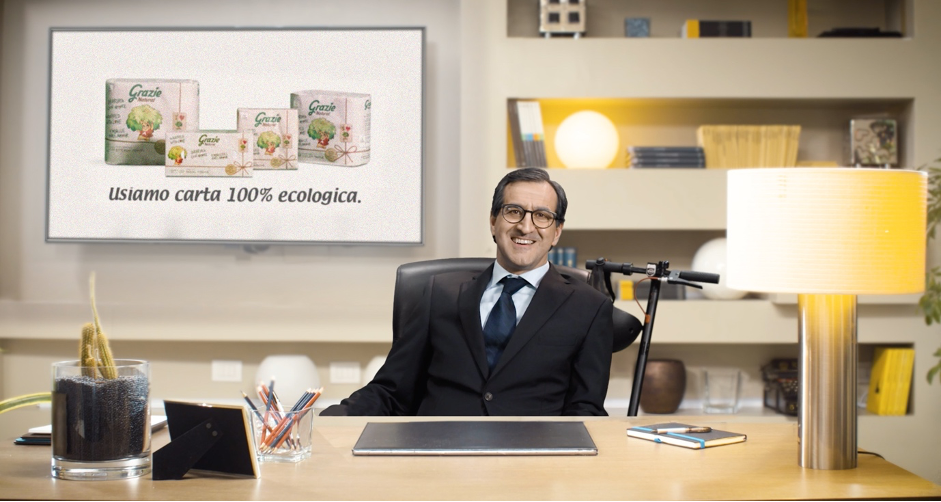 Human activities have drastically transformed the Earth's ecosystems over the years. Oblivious of the consequences, many generations have lived according to unsustainable patterns of behaviour, which today call for a true reassessment of the environmental impact of the smallest of our daily actions. The role of each one of us together with greater awareness and sensitivity to our surroundings is at the heart of the new social media campaign of Grazie Natural, the 100% ecological paper brand of the Lucart Group made from recycled Tetra Pak®-like beverage cartons.

The contents posted on the brand's Facebook and Instagram channels will show how "We have all contributed to damaging the planet" and will portray the actor Matteo Caremoli, on the journey of awareness that led him to reconsider how he used to behave as a youngster and adopt a more sustainable lifestyle while growing up with the hashtag #oracontribuiamoasalvarlo (“and now let's save it”). It is a clear message inviting everyone to become aware of their environmental responsibilities, emphasising how we can all contribute to creating a sustainable future through virtuous behaviour.


The six bad habits we must drop now

Although major efforts are still needed to protect our planet, on World Earth Day Lucart has drawn up a short list of the six bad habits we must drop to learn from past mistakes.

“With this campaign, we want to invite everyone to reflect. We often tend to distance ourselves, even unconsciously, from our environmental responsibilities, placing the burden of change on someone bigger and greater than us. This is a serious mistake. Initiating change is first and foremost an individual responsibility. We must all be aware of the importance of our daily choices because we can progressively influence the development, growth and well-being of the community as a whole. Each of us can make a positive and lasting impact on humanity and the planet. We have all made mistakes in our youth, but now it's time to make up for them, starting with the small everyday choices", commented Giovanni Monti, Corporate Sales & Marketing Director Consumer at Lucart.

“This continues the positioning programme kicked off in 2018 with the boldly ironic tone of voice that distinguishes the brand's campaigns”, said Alessandro Modestino, CEO & Founder of Meloria. "We started talking about sustainability before it was a hot topic to touch on the issue of environmental responsibility with a smile ".
Consumer, Grazie Natural
Previous News

Lucart sponsor of Keep Clean and Run, the longest plogging in the world