Lucart is one of the five “Coop for Future” winners 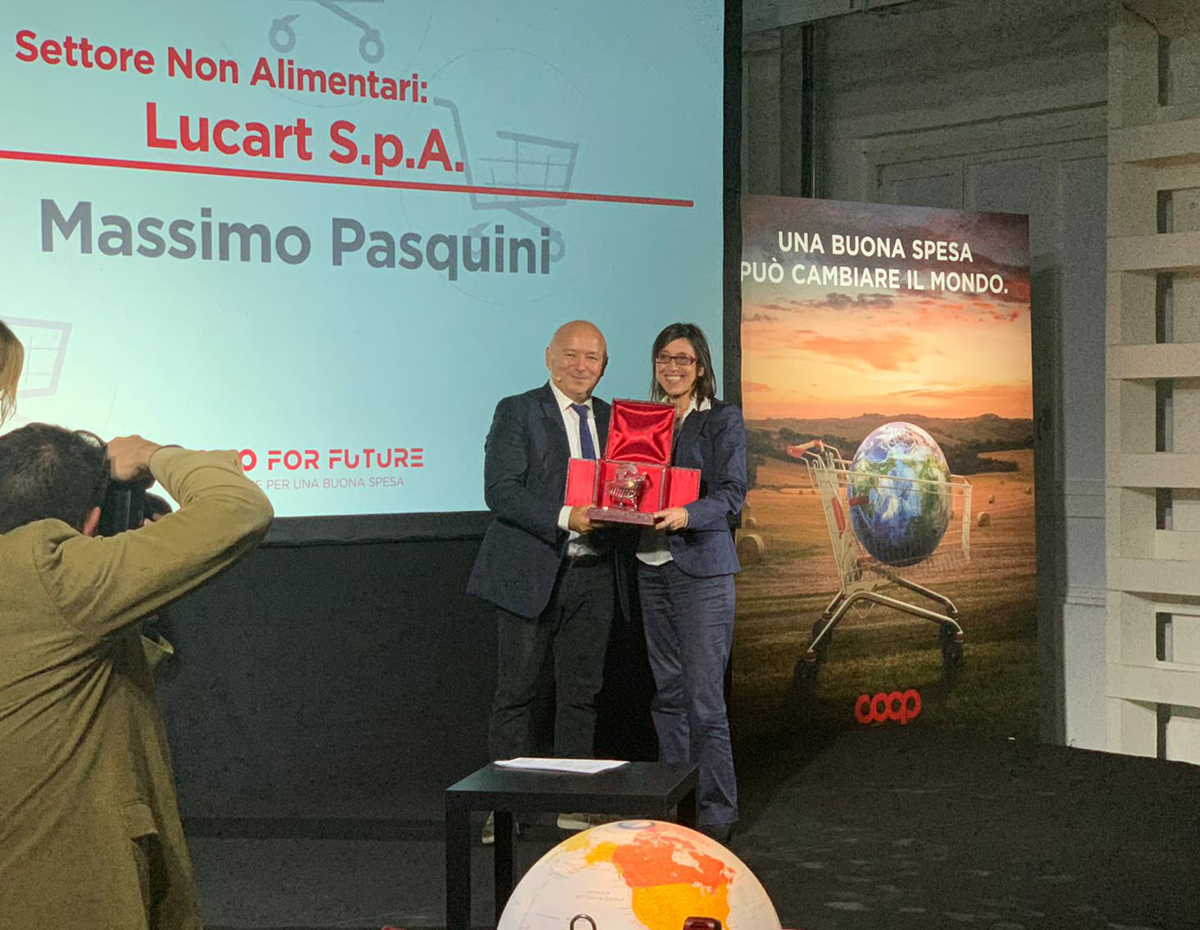 The award ceremony of the "Coop for future" project organised by Coop (Consorzio Nazionale delle Cooperative di consumatori) aimed at raising awareness of sustainability issues among suppliers, was held today in Milan and involved 370 companies.

Lucart, the European leader in the production of tissue, airlaid, and MG paper, was named one of the five most exemplary companies and received the "Coop for future" award in the Non-Food category

The "Coop for future" project was set up to adopt measures to reduce energy consumption. Over the past years, it has broadened its scope to actions aimed at reducing carbon dioxide emissions, fighting waste and improving performance to the benefit of sustainability. Since the beginning, Coop has estimated saving of around 620,000 tons of CO2, equal to the consumption of 470,000 diesel cars travelling an average of 10,000 km per year, through the ethical actions of suppliers.

"We are proud to have received this award from Coop. For us, it is proof of our good work and the demonstration that we are moving in the right direction", said Guido Pasquini, Chief Sales & Marketing Officer of Lucart. "The important results we have obtained in terms of environmental benefits confirm what we already knew, that is that the circular economy can only work if projects are shared and actions are coordinated with institutions, companies and retailers”".

The objectives of the project are perfectly in tune with Lucart's commitment to the environment. Not by chance, the company places circular business models at the centre of its action and is implementing several projects aimed at developing a circular economy system, such as The Natural Project and the Municipal-Material-CycleÒ. The latter was named the best European project to improve the profile of the professional cleaning sector at the European Cleaning and Hygiene Awards last October.

The award was given to Sabrina Cosci, Chief Q&E Officer and Sustainability Program Manager of Lucart.
Consumer, Corporate, Awards
Next News

Lucart gets the green light for a 10 million Euro investment for a new cogeneration plant in Porcari (Lucca, Italy)

People, environment, circular economy and sustainable growth, the themes of Lucart at Ecomondo