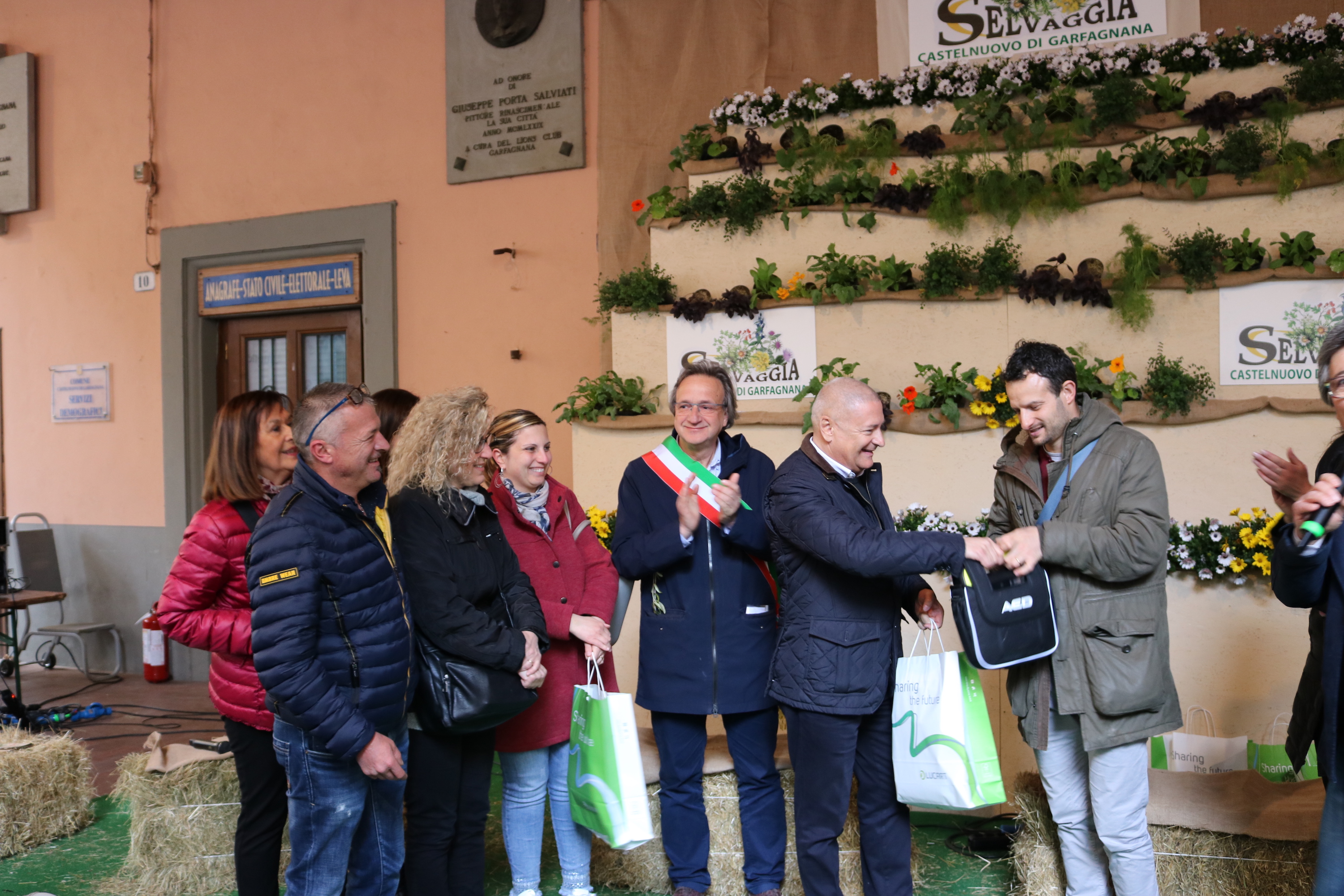 Lucart reasserting its commitment to the local population by contributing to the project of the local authorities of Castelnuovo di Garfagnana, which plans to make AEDs (Automatic External Defibrillators) available in all the mountain villages across the province.
The company based in Porcari contributed to the initiative by supplying these indispensable devices for the safety and well-being of people to five villages.

"This donation meets a need expressed by the Municipality of Castelnuovo di Garfagnana on the open channel we have established with our territory", declared Massimo Pasquini, CEO of Lucart, who took part in the event and personally handed the defibrillators over to the representatives of the five mountain villages. "Just as we are careful to ensure our employees a healthy and safe working environment, implementing health and safety prevention programs and equipping each of our plants with AEDs, in the same way, we believe it is important to protect the health of the local communities which we operate in".

"We thank Lucart for its commitment. A simple gesture but of great social value that bolsters a close relationship on all issues of development of the territory between the administration and the company", declared Andrea Tagliasacchi, Mayor of Castelnuovo di Garfagnana.

In the past, Lucart took part in other initiatives to contribute to the well-being of the citizens of Lucca. In 2015, on occasion of the World Heart Day promoted by the World Heart Federation in agreement with the WHO (World Health Organisation), the company donated defibrillators to three local charities (Croce Verde di Castelnuovo di Garfagnana, Misericordia di Montecarlo and Misericordia di Borgo a Mozzano).
CSR, Corporate, Safety
Next News

Innovations "Made in Lucca" on show from Verona to Amsterdam

Open doors at the Diecimo plant